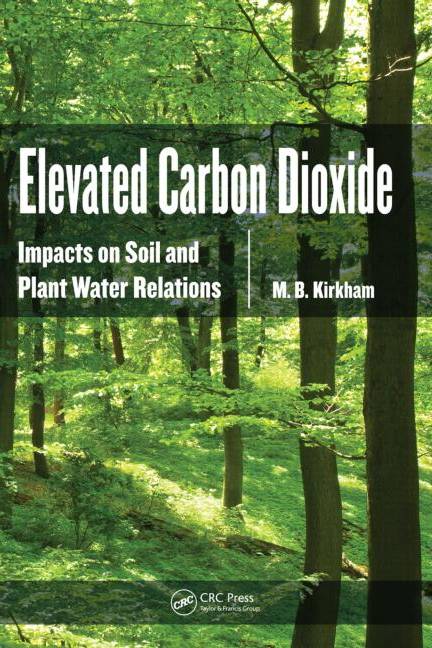 I started the soil-plant-water relations research as a graduate student and, as a student, I learned to apply the laws of physics to the work. Early experiments used Ohm's law to calculate hydraulic resistance of split-root plants grown under saline conditions. This work also showed the importance of monitoring water potential, measured using thermocouple psychrometers, a new technique at the time. Only by knowing the water potential can one ascertain the direction of movement of water in the soil-plant-atmosphere system. The split-root work was continued at universities of employment (University of Massachusetts, Oklahoma State University, and Kansas State University). Results showed the effect of soil matric potential on plant growth by splitting roots between soil and nutrient solution, the first such experiment done. The split-root work was explained theoretically in a paper published in 1983 in Plant and Soil. This work is cited now, because of the interest in hydraulic lift by roots. Hydraulic lift occurs when plant roots extract water from a moist subsoil and release it into a dry topsoil. The phenomenon also has been called "reverse flow," because the pathway of water is opposite to that of the normal "positive" flow of water from the soil to the roots.

Hydraulic lift is especially important in semi-arid regions like Kansas, because the water brought to the surface roots from the subsoil can allow survival of plants under dry conditions. Co-workers and I were able to document hydraulic lift by using small, new sensors, called dual-probe heat-pulse sensors, which can be placed in the soil to allow measurement of soil water content on a fine scale. The results were published in 2000 in the Australian Journal of Soil Research.

Using thermocouple psychrometry, I showed for the first time the gradient of water potential in tall and short (semi-dwarf) cultivars of winter wheat. The results were published in a paper published in 1978 in Crop Science. I also researched the drought physiology of wheat by developing a new approach. Previously, workers tried to identify drought-resistant cultivars by studying many different cultivars of unknown drought resistance. I reversed the process and took two cultivars of winter wheat—one known to be drought resistant and one known to be drought sensitive—and studied their physiology. The work with wheat was expanded to include drought-resistant and drought-sensitive cultivars of maize and sorghum. The research showed that drought-resistant cultivars are better able to extract water from drying soil and have a higher stomatal resistance (that is, their stomata are more closed) compared to drought-sensitive cultivars.

My first meteorological work, which included measurements of the water status of plants, considered the effect of the strong prevailing winds in the Middle and Southern Great Plains on wheat growth. Plants in east-west rows yielded an average of 11% more grain than plants in north-south rows. The row-direction work led to a careful study of leaf orientation, because a major goal of agronomists is to develop methods of harvesting solar energy. The direct-beam-solar-radiation equation was considered theoretically in a paper published in 1986 in International Agrophysics, and then it was used to show that the more horizontal leaves of a drought-resistant wheat received a greater amount of radiation than the more erect leaves of a drought-sensitive one.

My work with sludge (now called biosolids) began when I worked at the U.S. Environmental Protection Agency, and it was to study uptake of heavy metals by plants grown on sludge-treated soil. I was the first to analyze soil and plants grown on a long-term sludge disposal site where corn had been grown on soil treated with municipal sludge for 35 years. The results were published in a paper in 1975 in Environmental Science and Technology, a much cited paper because of concerns about toxic metal accumulation on land with sludge. I did pioneering work with irradiated sludge (sludge is irradiated to kill pathogens), which showed that concentration of metals in plants treated with irradiated sludge was similar to that of metals in plants treated with non-irradiated sludge. Research with sludge was the first to document that a chelate can facilitate uptake of heavy metals from sludge-treated soil, and the results were published in a paper in 2000 in International Journal of Phytoremediation. Research with sludge also was the first to show that salty water can leach heavy metals from a soil. In regions where phytoremediation is carried out, brackish water often must be used. However, until a student and I did the research, no information existed concerning the consequences of saline-water irrigation on the mobility of heavy metals in sludge applied to soil. The work, published in 2008 in Environmental Pollution, showed that irrigation with saline water increased their mobility and they polluted the drainage water. These results have an impact world-wide, because heavy-metal contaminated soils often are irrigated with brackish water.

Studies done by students, a colleague, and me to document effects of elevated levels of carbon dioxide on soil-plant-water relations were the first to be carried out in the field in a semi-arid region and to compare plants with the C3 and C4 photosynthetic pathways. Under elevated carbon dioxide, physiological characteristics of C3 plants become more like those of C4 plants. Results also showed that soil water content is greater to a depth of two meters under elevated concentrations of carbon dioxide compared to ambient levels, because transpiration is reduced, and that water-use efficiency is increased, of great importance in semi-arid regions.

I also have studied plants grown with microgravity. With the increased interest of plants in space, gravity cannot be ignored in studies of plant-water relations. No published information existed concerning the stomatal response of plants in space, until I published a paper in 2008 in Vadose Zone Journal. Growth is directly related to stomatal opening, because the more open the stomata are, the more carbon dioxide can be taken up for growth. I grew plants in horizontal columns to simulate microgravity. The results showed that the stomata did not open under microgravity, water was not taken up by the roots, and the plants died. In space, plants may have to be grown without soil, and water may have to be supplied to plants by growing them in misted environments.

Particulate plastics contaminate the terrestrial environment, yet no information exists concerning the water-relations of plants grown in soil with particulate plastics. Therefore, I determined the growth, evapotranspiration rate, and stomatal resistance of wheat grown in soil with a particulate plastic, which was polyethylene glycol with a molecular weight of 8000 (PEG 8000). In addition, because particulate plastics can be a vector for toxic trace-element uptake, I also determined the uptake of cadmium. The results, published in 2020, showed that plants grown with PEG 8000 were shorter and had a lower evapotranspiration rate and a higher stomatal resistance than plants grown without the PEG 8000. The results also showed that the PEG 8000 was a potent vector for transport of cadmium to the wheat leaves.