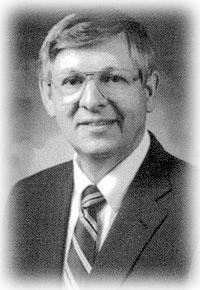 George E. Ham (1939-____) was born in Iowa and received the B.S., M.S., and Ph.D. degrees from Iowa State University. He became Head of the Department of Agronomy at Kansas State University after rising through the academic ranks in the Department of Soil Science at the University of Minnesota. As head, he initiated a number of new programs, recruited faculty for new positions, oversaw the department's move to Phase I of Throckmorton Hall, and promoted funding for Phase II of the Throckmorton Plant Sciences Center.

Ham became Associate Dean of Agriculture and Associate Director of the Kansas Agricultural Experiment Station in 1989. In that position, he acted as Chair of the Throckmorton Plant Sciences Building Committee, fostered the merger of the Experiment Station and Cooperative Extension Service into K-State Research and Extension, and promoted interdisciplinary teams among faculty.